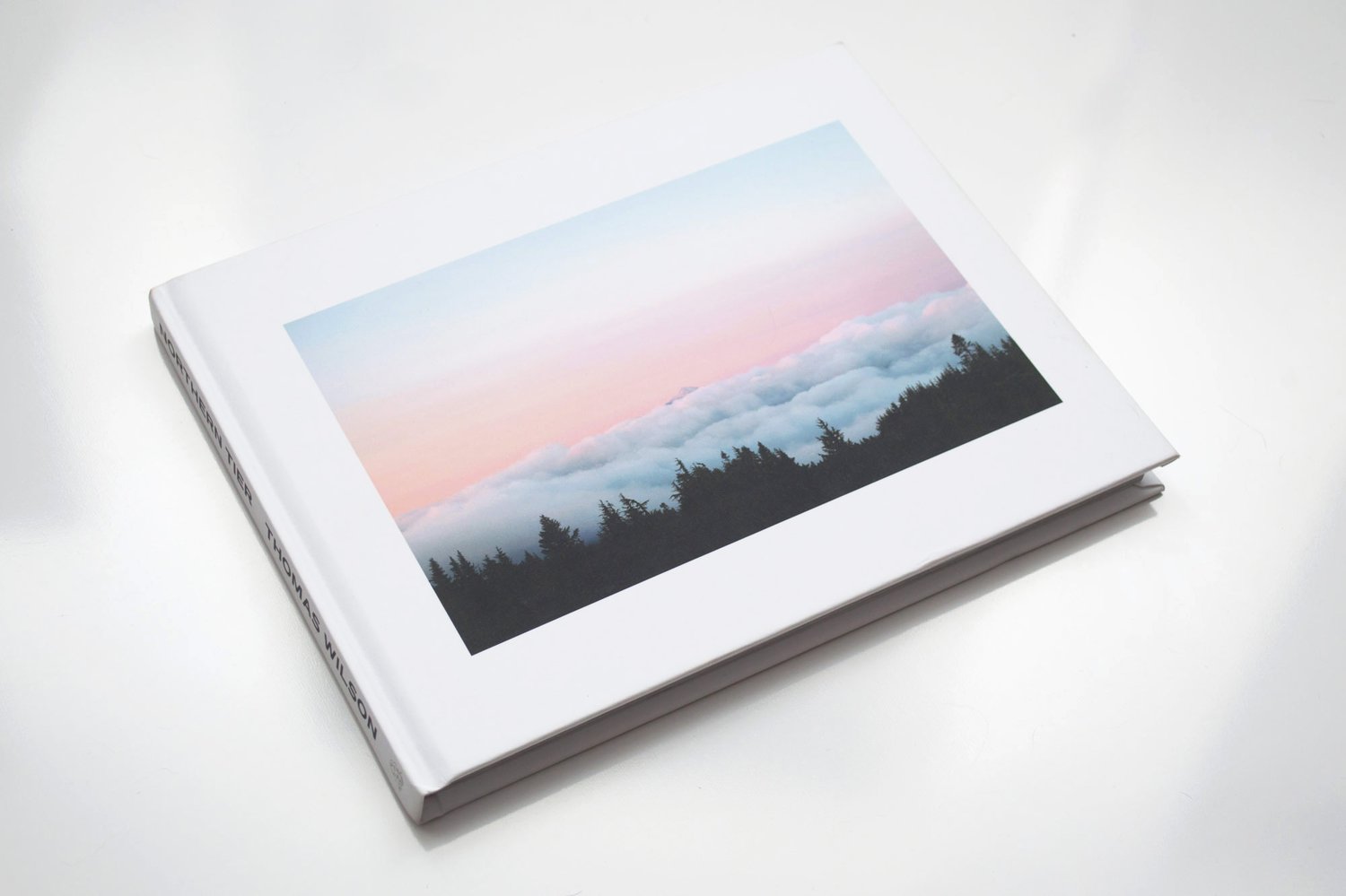 Please allow up to three weeks for delivery.

Northern Tier is a contemporary document of rural America, captured through the photography of artist and scientist Thomas Wilson. In the summer of 2017, utilizing the Northern Tier bicycle route, Wilson rode his bike from New York City to Oregon along with his riding partner, filmmaker Michael Patten. The pair’s days were spent swiftly traversing miles of empty landscape, while at night they slept in strangers' bedrooms and sleeping bags on the side of the road. Wilson punctuates his landscape imagery with pit stops in small towns, collecting postcards, ephemera, and other samples of Americana that oscillate between humor and melancholy.

The first 100 orders will receive a free 6"x4" print. The book was edited and designed by Wilson and Pat Reynolds, and it features introductory texts by Michael Patten and filmmaker John Wilson (Tom's brother).

Thomas Wilson is a photographer based in Brooklyn, NY; he also teaches high school earth science. His work has recently been featured on BOOOOOOOM and Aint-Bad.